This year’s edition of the Abu Dhabi International Book Fair takes place from 23-29 May, with a mix of educational and professional sessions all designed to emphasise the power of reading, listening, and learning in children and adults alike.

The session below is FREE to livestream, but will not be available after to view after. So make sure you tune in at the exact time it takes place.

To watch the session simply register down below and a link will be sent to you immediately after. 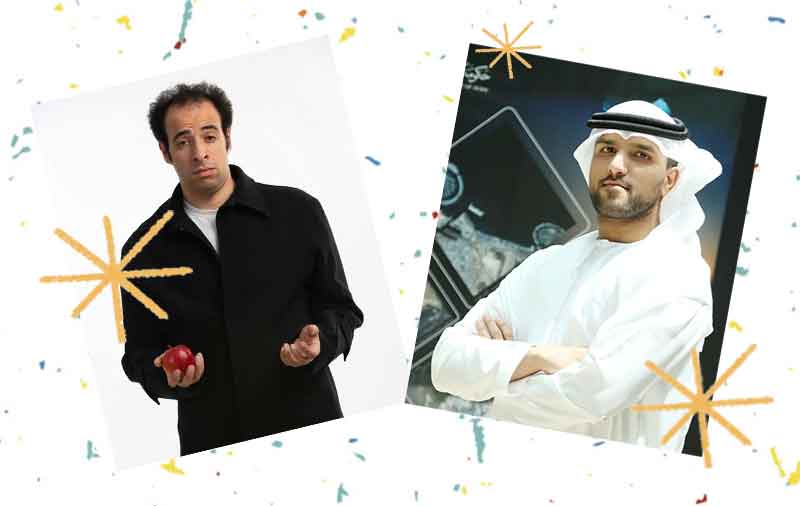 Where will science take us next? Our two experts discuss the new frontiers that will be crossed as we unravel the secrets of the universe with scientific solutions to help us conserve the planet, harness the sun and explore the stars

Amer Al Sayegh is the Senior Director of the Space Engineering Department at MBRSC. He has been working for the Mohammed Bin Rashid Space Centre since its establishment, overlooking the development of its project, DubaiSat-1 and DubaiSat-2. He has been assigned s the project manager of KhalifaSat, the first UAE satellite to be developed in the UAE. He is now acting as program manager for Mohammed Bin Zayed Satellite (MBZSat), the largest satellite to be developed in the UAE. Within this program, MBRSC focuses on strengthening the efforts between the public and private sectors in advanced technologies and establishing an ecosystem for space technologies in the UAE. He believes in the strength of the nation’s human capital as he is leading the team working on the innovation and advancement of the UAE’s space technology. He has been awarded the UAE’s President Pride Medal in 2014 for his accomplishments.

Amer Al Sayegh is a graduate of Queen Mary University in the United Kingdom with a bachelor’s degree in Electronics. He is also a graduate of the Koran Advanced Institute for Science and Technology, one of the main universities in South Korea, with a master’s degree in Aerospace Engineering.

Ahmed El Ghandour is an Egyptian researcher and YouTube content creator under the name Da7ee7 and is one of the most prominent popular science figures in the Arab world. He studied biology at the American University in Cairo and is a researcher at the University of Hong Kong. In 2014, he started his YouTube channel centred around simplifying science and combining it with comedy. In October 2020, the first episodes of his new cultural comedy programme, Al D7ee7 Museum, was broadcast on Shahid.net

If you have any further questions regarding the event, you can email us at aliya.khan@emirateslitfest.com.

Or give us a call: