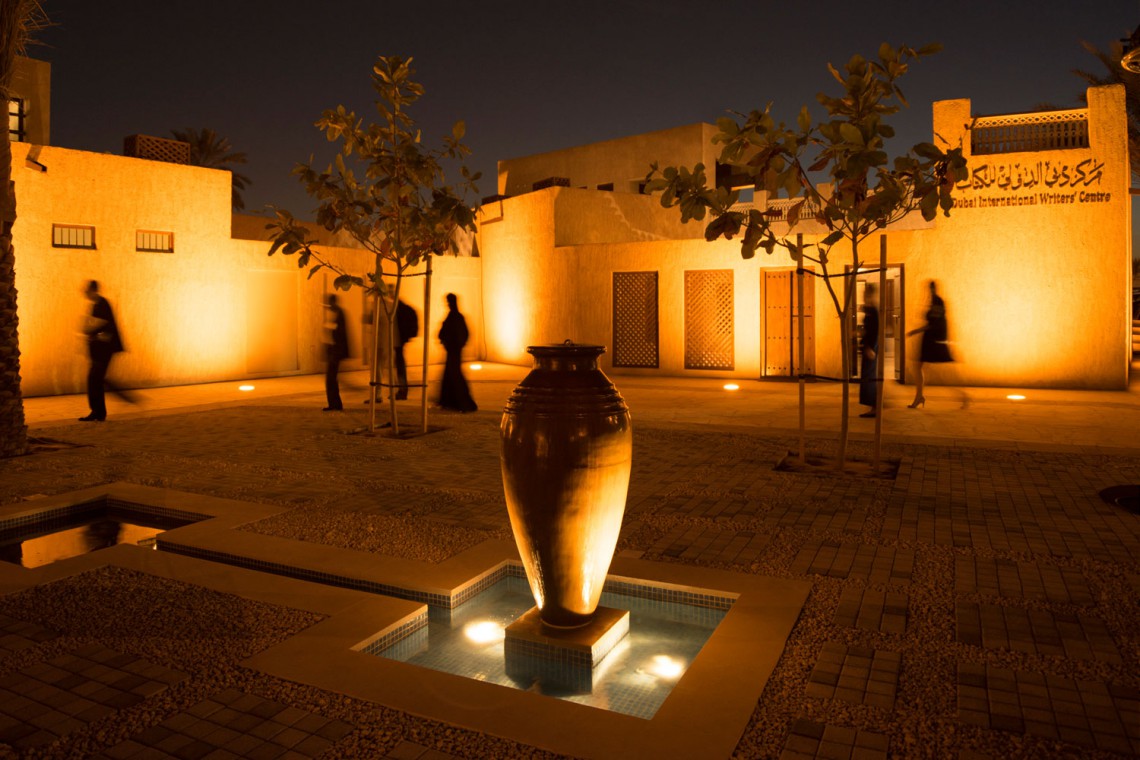 Dubai, 3 November, 2014: A new cultural landmark celebrating the written and spoken word opens its doors today in the historic heart of Dubai. The Dubai International Writers’ Centre (DIWC), the first of its type in the Middle East, will be an international hub and a focal point for creativity, whilst also fostering an appreciation of the ways in which different cultures express themselves in the written and spoken form.

The DIWC was officially launched at a grand opening ceremony held in the Centre’s home in the picturesque Al Shindagha Historical Neighbourhood. Attendees, including superstars of the international writing world, top Arab authors and local dignitaries, were given a glimpse into the history of the region and treated to Nabati poetry recitals and cultural performances to commemorate the opening.

The DIWC provides a space for visiting writers and writers-in-residence, who will lead courses in creative writing in all its disciplines – fiction and non-fiction; poetry; lyrics; play-writing; film scriptwriting and calligraphy.

The year-round programme of events will cater to the multicultural and multinational communities living in the region, with programmes in Arabic, English and other languages. The Centre aims not only to appeal to locally-based writers, but also to become a meeting point for residents and visitors, bringing together people of various backgrounds, cultures and interests to interact with each other and the Emirati culture of Dubai.

The first in the programme of events is a conference on Nabati poetry, which will be held from November 3-4 at the InterContinental Hotel, Dubai Festival City, followed in the coming months by a diverse programme, including international conferences focusing on writing and literature, as well as regional events for academics, GCC citizens and residents. The Centre will hold monthly readings in Arabic and English and writing groups appealing to Emiratis and UAE residents.

“The Dubai International Writers Centre will be a wonderful addition to the cultural landscape of Dubai and the Middle East,” said Abdulla Al Shaer, Director of the DIWC. “There is a great well of creativity in the region and the purpose of the DIWC is to nurture this creativity whilst also providing a platform to explore the rich literary tapestries and oral traditions that have shaped the cultural experience of different nations and encourage the literature movement in all of the UAE. Writers will find the Centre to be a tranquil and inspirational retreat in which to hone their skills.”

Following on from the Centre’s inaugural event will be a full programme including workshops in calligraphy, creative writing, Shakespeare, poetry and public speaking. Tim Mackintosh Smith will be the writer-in-residence in January 2015.