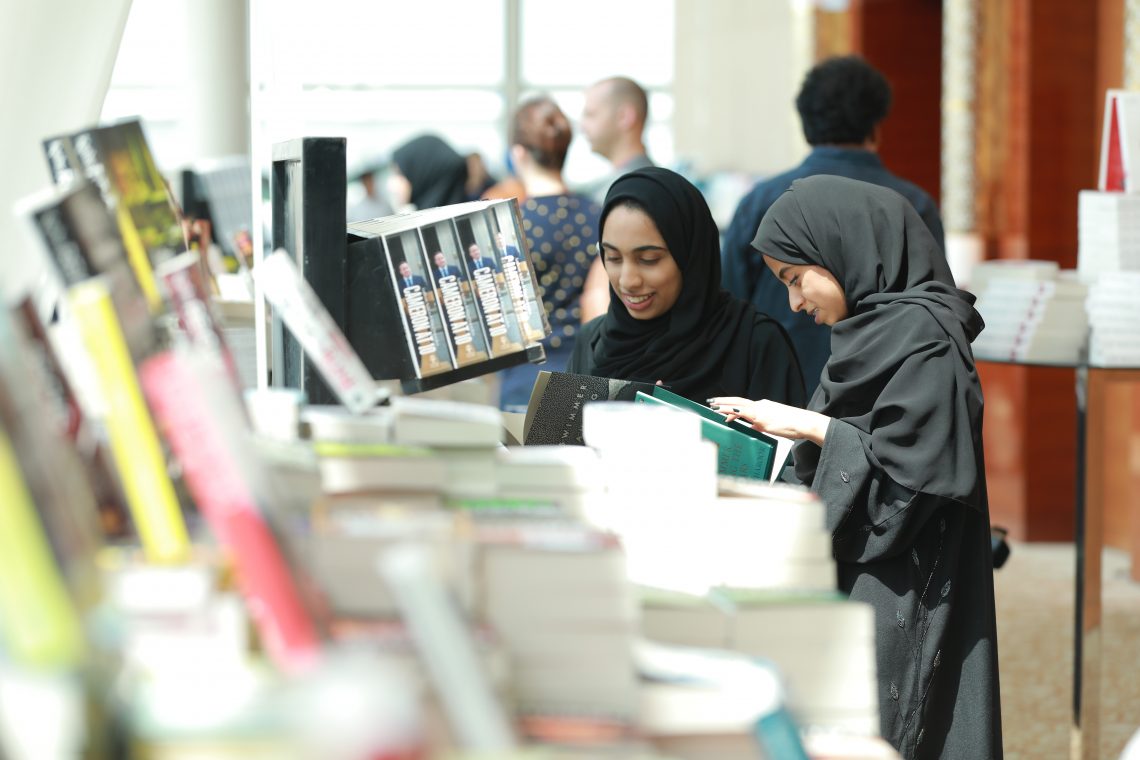 UAE, December 2020: The Emirates Literature Foundation, together with Google, has launched a new initiative that will vastly increase the presence and visibility of Arab authors online, ahead of World Arabic Language Day. Called ‘Kateb Maktub’, the initiative is designed to boost the number of Arab author pages on Wikipedia, one of the world’s most visited websites with more than 1 bn visitors per month.

Arab authors currently have fewer than 1,500 pages on Wikipedia, lagging far behind author pages in languages such as English, German, or French. This puts writers from the region at a disadvantage, since they are not as easily discovered as their international peers. The initiative aims to increase the number of Arab author pages ten-fold.

The Emirates Literature Foundation is now looking to recruit an army of volunteers to join the movement and become Wikipedia data editors, gathering and sharing content about Arab authors and books so they can be known worldwide. It is working closely with the UAE User Group of Wikipedia to gather information and train volunteers.

“We are extremely proud to launch this hugely important initiative for Arab literature,” said Ahlam Bolooki, festival director for Emirates Airline Festival of Literature. “The Middle East is the cradle of storytelling, yet today it’s hard to find information about our authors and books online. This project will put Arab authors and literature in the spotlight, positioning them on an equal platform with other major literary powers of the world.”

Ahlam continued, “The Kateb Maktub project was established to contribute to the development of a healthy digital publishing ecosystem in the Arab world, which currently struggles with issues such as lack of accessible information online, book piracy and lack of mainstream marketing of books and authors. We hope to tackle all of these touch points throughout the course of this project and bring real change to the world of Arab literature.”

“Organizing the world’s information and making it universally accessible continues to be at the core of everything we do. We’re excited to be working with the Emirates Literature Foundation and the UAE’s Wikipedia User Groups to enrich the web with information about the women and men who drive the region’s literary heritage. Our work together will make it easier for anyone in the world to discover Arab writers and to find better information about them and their work in the near future,” said Basel Hijazi, project lead and Google Product Marketing Manager.

It is expected that the goal of publishing 15,000 Wikipedia pages dedicated to Arab authors, in English and Arabic, will be reached by December 2022.

Google will work closely with the Emirates Literature Foundation to help organise new information about Arab authors, as well as support authors in taking control of their own presence on Google Search by claiming knowledge panels and uploading videos to Google Cameo, a feature of Google Search which enables public figures to answer questions through videos that appear on the main search results page.

Raising awareness of the importance of quality online information about the industry is key to the success of the project. Anyone with an interest in literature is invited to get involved, from traditional or digital publishers and published authors to keen readers. The Foundation will also be reaching out to schools, universities and other establishments to recruit volunteers keen to champion Arab literature and become part of the international community transforming availability of digital information.

The Emirates Literature Foundation is joining ISNI as a Registration Agency. The ‘International Standard Name Identifier’ 16 digit number is attributed to each author, and is key in avoiding identity ambiguity online or offline, where names can be spelled differently, including in translation. As part of the Kateb Maktub initiative, ELF will be attributing ISNI to all authors.

Online visibility results directly from the quality of the metadata. The Emirates Literature Foundation will be publishing biographical information on katebmaktub.org using ONIX standards. Each author will be attributed a unique URL, and each author page will be structured following international best practices. This information will help volunteer editors find information to create author Wikipedia pages.

To ensure all the information created meets high standards, ELF will be working with Wikipedia to ensure that quality data is generated and will offer three levels of training and a certificate to volunteers completing each level.

More details can be found on katebmaktub.org

The Arabic language is one of the most widely spoken languages in the world, used daily by more than 290 million people. World Arabic Language Day is celebrated every year on 18 December since 2012. The date coincides with the day in 1973 that the General Assembly of the United Nations adopted Arabic as the sixth official language of the Organisation.

You can also tune in to the Foundation’s two podcasts; the Best of the Emirates LitFest, and the Boundless Book Club.