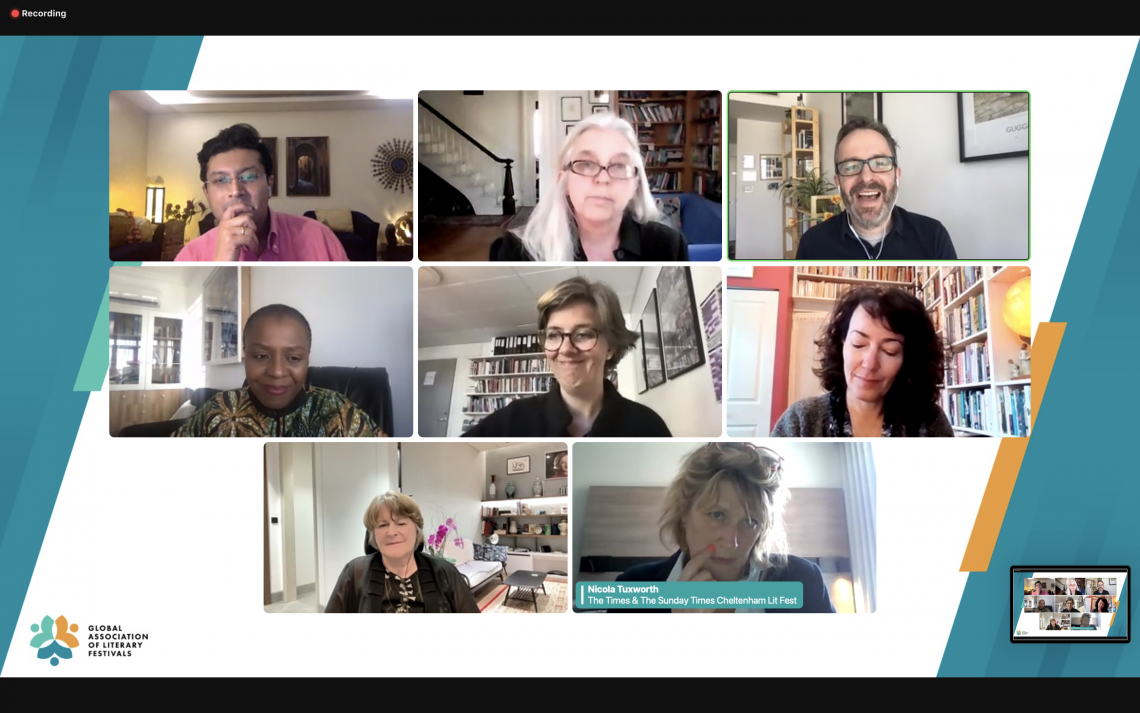 Dubai, UAE, 28 April 2022: International literary festivals shared the challenges faced during the last two years, how they have adapted, and the changes seen in audience demand for future events during an industry webinar organised by the Global Association of Literary Festivals. The event, titled ‘The Challenges of the Post-Pandemic Era’, welcomed member festivals from around the world.

Striking similarities between all markets included the audience’s appetite to return to live literary events. The attending festival representatives noted it is difficult to recreate the electric feeling of seeing authors and speakers in person, as well as the atmosphere of an intimate setting with an engaged audience. They said it is especially true for children’s events, as many potential festival-goers are experiencing screen fatigue, after having shown interest in virtual events during the last few years.

Festival audiences are not the only ones asking for events to take place in a live setting. Some festival directors noted that despite concerns that the record number of book sales posted in the last few years due to the pandemic, publishers and authors have mostly returned to in-person literary events, with only a few major authors preferring virtual appearances.

“It’s entirely different when an author is on stage. If you have a panel with two or three authors, you might have come to see one author, and then you listen to the other authors and you are very much encouraged to queue up and get a signed book. I honestly do not think that digital audiences are as keen to buy the books, and publishers must realise that,” said Isobel Abulhoul, CEO and trustee of the Emirates Literature Foundation. “One of the big benefits of literary festivals with authors in person is the volume of book sales. Not just of their latest books, but the backlists as well.”

Abulhoul added, “It’s also that moment of getting your book signed, and having a signed copy on your shelf. It’s a great memory and memento. So I think going forward publishers will support the physical presence because it does move books. Especially authors of non-fiction and hardback editions that sell in higher volumes when audiences meet authors at literary festivals.”

Many of the festival directors also acknowledged the high costs of going digital, as hosting a virtual festival requires sophisticated technology, along with high-quality visuals as modern audiences expect a certain standard. One participant emphasised the importance of recorded sessions having the high-quality production of a TV programme, while another felt that hosting virtual and in-person hybrid events can be confusing for festival-goers. Many members also noted that audiences will watch sessions online if they find the content uniquely interesting.

The majority of participating literary festivals intend to organise hybrid events in the future as this expands the potential audience to the entire world and increases accessibility for both the audience and authors who might not be able to travel as easily. It also improves the range and quality of programming available as a variety of voices can contribute to the vital conversations being held at literary festivals. Virtual festival sessions can also be archived easily, allowing festivals to provide schools and educational institutions with additional resources to their curriculum.

Looking ahead to the future, members stated that one of the positive consequences of the pandemic was the many festivals collaborations, such as the Bergen International Literary Festival’s ‘Literature Around the World’ event which saw festivals from all over the globe come together to present literary content from their own festivals. They also noted that the rising fuel prices and supply chain issues will impact festival planning decisions going forward.

The event was moderated by the Toronto International Festival of Authors director, Roland Gulliver.

The Global Association of Literary Festivals connects literary festivals around the world in a spirit of cooperation, exchanging ideas and resources. It was formed during the International Literature Festivals Conference, held during the 2020 Emirates Airline Festival of Literature and hosted by the Emirates Literature Foundation.