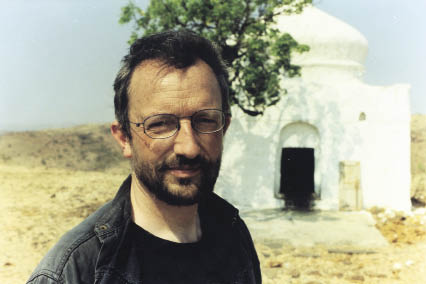 The Writer-in-Residence programme allows writers to spend time developing a work in progress and participate in community outreach events to enrich residents with their experiences.

“We are very pleased to announce the Writer-in-Residence programme at the Dubai International Writers’ Centre,” said Abdulla Al Shaer, Director of the DIWC. “It will be wonderful to have such a well-loved writer as Tim Mackintosh-Smith with us for two weeks, sharing his practical knowledge and writing tips. Aspiring writers will be particularly excited by the one-on-one sessions with Tim and the three-day travel-writing workshop.”

The DIWC will be holding weekly talks by Mackintosh-Smith throughout January. He will also be speaking about adapting his book for television, writing Ibn Battuta’s travels and more every Saturday of the month. For those interested in translation, Mackintosh-Smith will conduct translation workshops in Arabic and English, as well as a talk on the joys and difficulties of the Arabic language.

Mackintosh-Smith’s travel-writing workshops have been extremely popular in the past and will be extended to three days during his stay in Dubai. The workshop will include a number of practical activities, travel journalism and a field trip to Ibn Battuta Mall.

And, if you love reading travel books, bring your favourite book along to the Travel Book Group and discuss it with fellow travel book readers.

Tickets for the talks and workshops will be available online on the Dubai International Writers’ Centre website, www.elfdubai.org

The trilogy has established Mackintosh-Smith as a bonafide expert on Ibn Battuta and led to The Oldie editor Richard Ingrams proclaiming “reports of the death of the travel book are premature”.
Mackintosh-Smith also adapted “Travels with a Tangerine” for a well-received three-part PBS TV series on Ibn Battuta’s travels from Morocco to China.