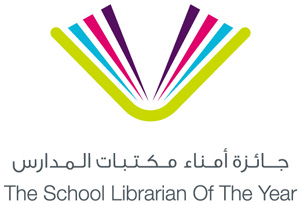 Dubai, 20 September, 2016: The inspiring work of the UAE’s top school librarians will be celebrated with a new award from the Emirates Literature Foundation and The Executive Council of Dubai. The School Librarian of the Year Award will recognise the pivotal role librarians play in creating the next generation of readers, and reward those who excel at sharing their passion for books.

‘Librarians often hold the key to opening up the world of literature to children, encouraging reluctant readers with books that engage and delight, and inspiring more confident readers to step beyond their comfort zones and explore the rich literary legacy which is at their finger-tips,’ said Isobel Abulhoul, OBE, CEO and Trustee of the Emirates Literature Foundation and Director of the Emirates Airline Festival of Literature. ‘As a Foundation that champions literacy for all, and as 2016 is the Year of Reading, we want to pay tribute to these often unsung heroes who are responsible for putting our young people on the path to a lifetime of enjoyment of books.’

Children, parents and teachers from all schools in the UAE are invited to put forward their nominations, and the winning librarians from an Arabic-language school library and an international school library in the UAE will each receive a trip to the Warner Bros. Studio Tour London – The Making of Harry Potter, flights and accommodation for four people, plus a visit to the British library, among other great prizes.

The winners will be announced on Sunday, 5 March, during the Emirates Airline Festival of Literature 2017 (3-11 March). All nominees will be invited to the Award Ceremony, an afternoon tea and a panel discussion featuring author, poet and President of the School Library Association, Kevin Crossley-Holland.

The closing date for nominations is 15 December 2016. For more information and to enter the competition, see https://www.elfdubai.org/en/librarian-award