Home / Tales of the Green Planet 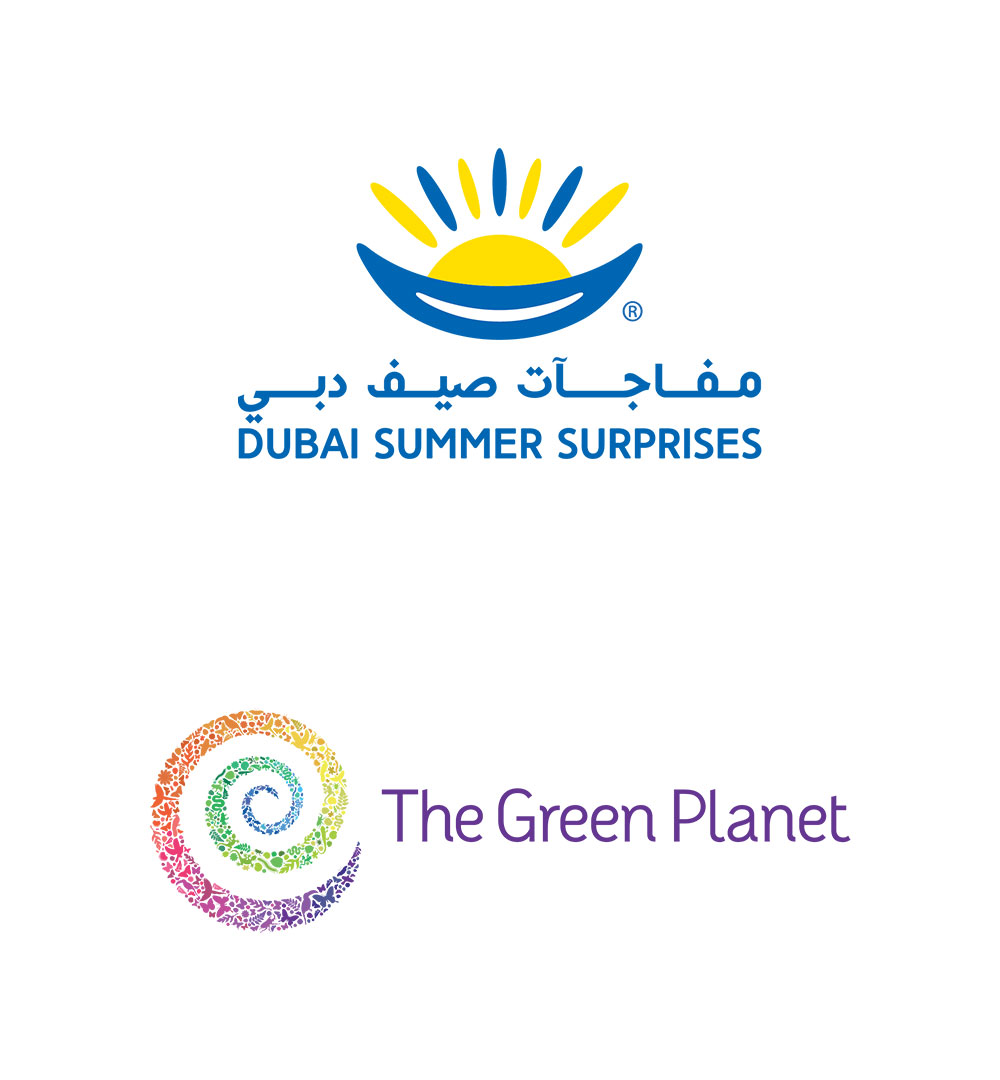 For the first time, the Emirates Literature Foundation is collaborating with The Green Planet. Join us from 19-21 August for an exciting three days of interactive activities themed around animals, nature, the environment, and sustainability!

Please note that all activities are only available for visitors holding a Green Planet ticket valid for that day. Access will be granted on a ‘first-come, first-served’ basis, as this event has limited seating to accommodate social distancing.

Book tickets now so you don’t miss out! 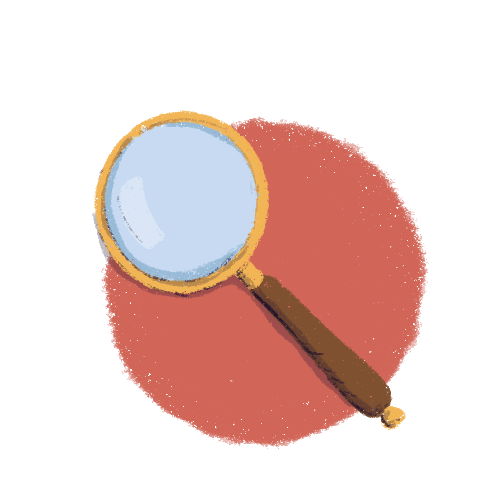 Scavenger Hunt
Scan the QR code available at the reception area of The Green Planet and answer some fun questions about its animals as you enjoy your visit. Once you’ve completed all the questions, claim your prizes which will be waiting for you outside, in the Café! 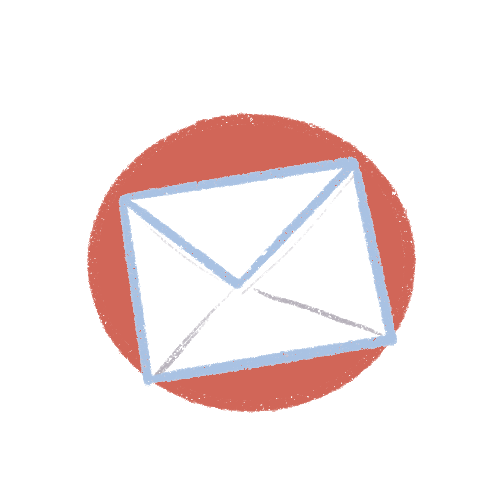 Letter-Writing
Head to The Green Planet’s Learning Centre where you’ll be provided with all the materials you need to write some fan mail to one of five superstar animals at The Green Planet and wait for the reply in your inbox.

Disclaimer: replies from Lemon the Sloth might take longer! 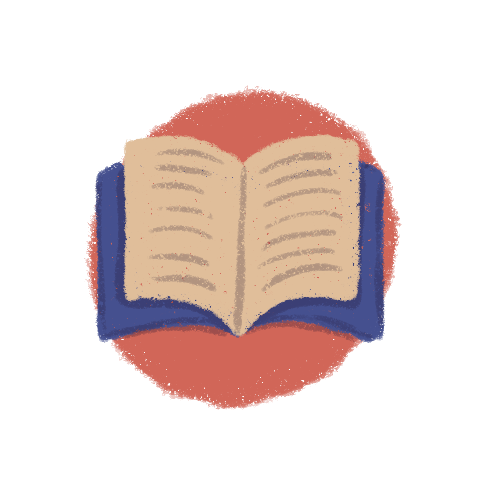 Guest Speakers
Find out how you can help save the planet with tales about animals, the environment, nature and making our world a better place from authors who’ll be bringing their stories to life.

Please note that numbers will be restricted for each session to accommodate social distancing. But don’t worry! You won’t have to wait too long before the next session starts!

Scavenger Hunt
Search for clues and answer questions as you explore The Green Planet Biome.
Available all day, but must be completed during your visit.

Letter-Writing
Send your favourite animal a letter, and you may hear back!
Available all day, but can be completed at home.
2:00PM 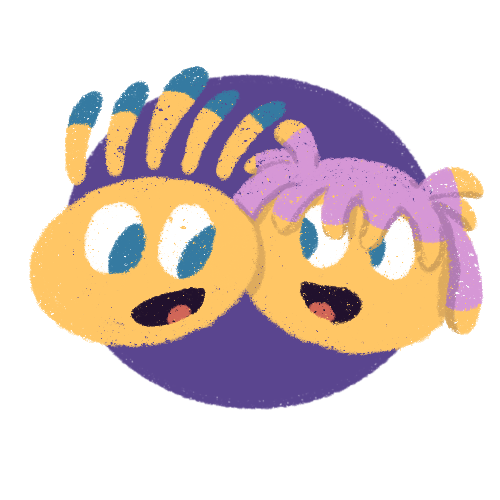 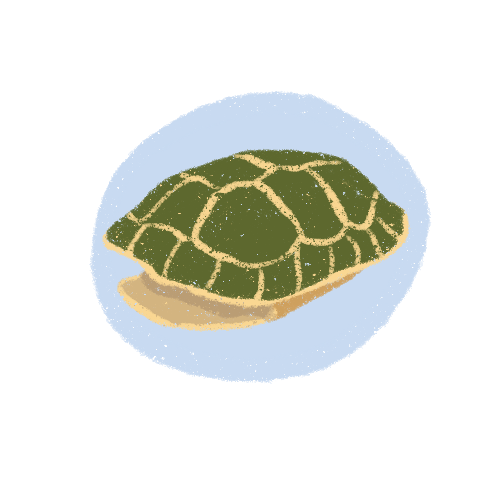 Join author Stephanie Robert for an interactive storytelling session inspired by her picture book Thiago’s Shell, and find out how little Thiago the turtle learns to believe in himself.

Join author Stephanie Robert for an interactive storytelling session inspired by her picture book Thiago’s Shell, and find out how little Thiago the turtle learns to believe in himself. 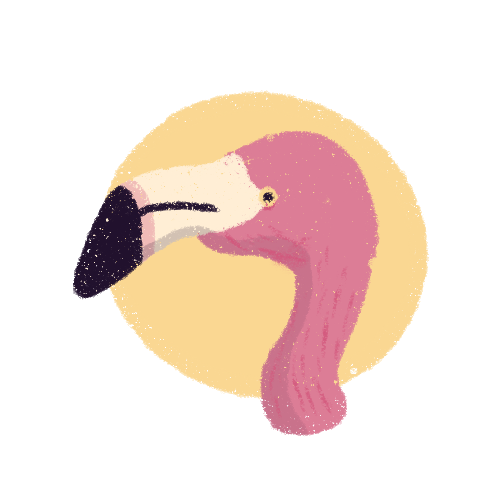 Join Emirati author and environmentalist Noura Al Khoori for the fluffiest activity yet! She’ll tell you all about the title character in her picture book Fanteer the Fluffy Flamingo before guiding you through a flamingo-making activity of your own. 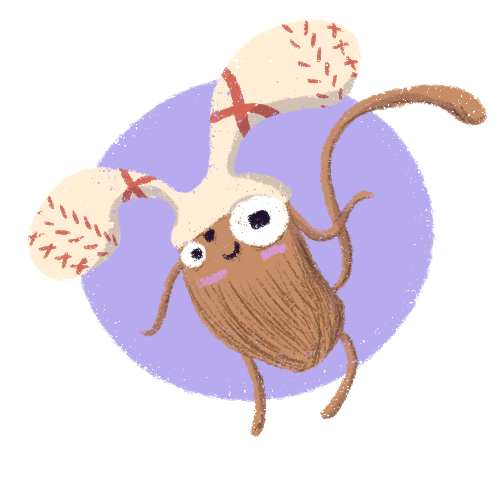 Have you ever lost something really important? Furboa the gerboa certainly has! His friends have invited him to a party but he’s lost the address. Come and hear more about Furboa the gerboa’s exciting adventure from the amazing author herself, Noura Al Khoori. 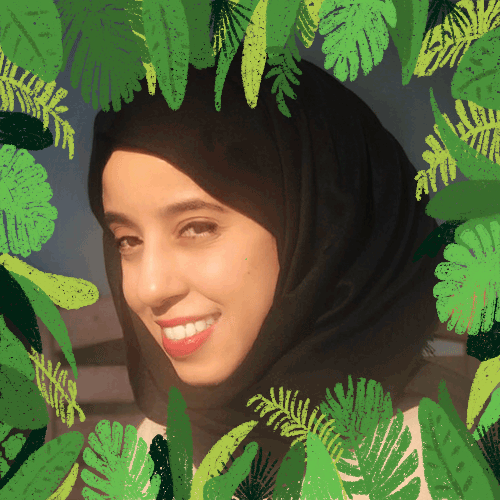 is an early years professional who has had a passion for education since her high school years, where she used to volunteer to read stories for preschool children. She is usually found in a noisy classroom or running operations as an experienced vice-principal. Writing a children’s book has always been on her bucket list, until it became a reality in March 2020.

Earning a Post Graduate Certificate in Education and working in managerial and teaching roles inspired her to write a book with a strong educational message for our youngest readers. ‘Can I Go Out Now’? is her first book which aims to teach children about current environmental and health issues in a fun, playful, and interactive way. The first edition has been featured in ‘The Reading for Pleasure Project’, a UAE school, government reading program initiated by The Emirates Literature Foundation and The UAE Ministry of Education.

Being an educator, Ebtisam has strived to be a contributor to the education of young children and she has also volunteered in special needs schools in her free time. Ebtisam lives with her family in Dubai and she is not to be confused with her twin sister! 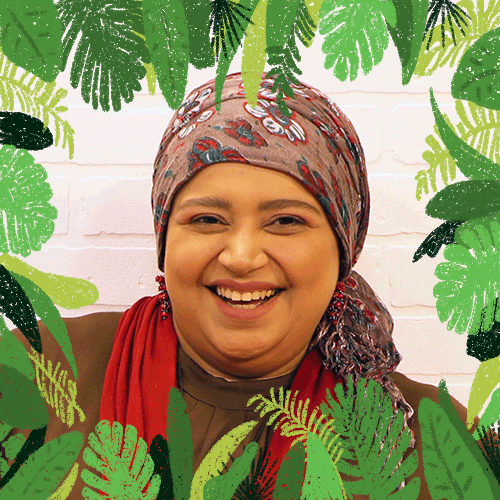 Lamya Tawfik is a media professional in Dubai working as a presenter, writer, translator and voice over artist. She has more than 20 years of experience in various media fields – journalism, PR, advertising, radio, and teaching media at a university level.

She is active in the local arts scene as an actor and storyteller and has performed in Arabic, English and Italian. 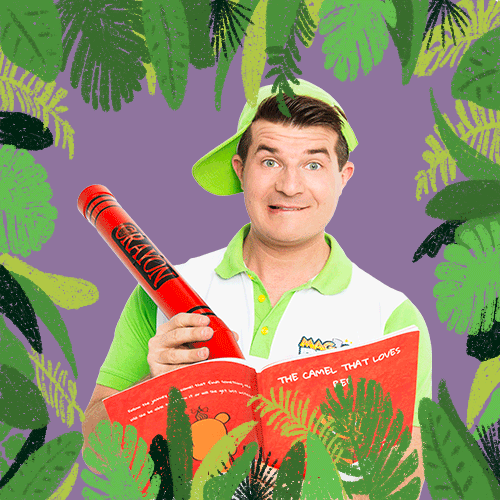 Magic Phil is a children’s TV and radio presenter, magician and children’s author from the northeast of England. He has been based in the UAE for ten years.

He is the celebrity columnist for Time Out Kids Magazine, where he shares his funny stories, jokes and riddles, He also has his own daily children’s radio show, The Laughternoon Drive, on popular Children’s station Pearl 102 FM.

Magic Phil can be seen touring all over the UAE with his hilarious family shows. In December 2020 he performed six sell-out shows on the QE2.

Magic Phil can be seen on children’s TV channel Nickelodeon and has also featured on many other live TV shows.

In 2019 he published his first book, The Dog that Loves Blue, followed by The Camel that Loves Red in 2020. 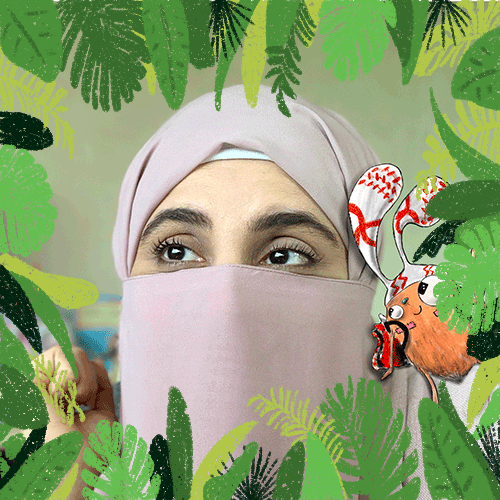 Maitha AlKhayat is an Emirati and an International children’s author and illustrator. With 170 publications, she delights children with her quirky yet cultural stories through interactive storytelling and workshops.

Her picture book My Own Special Way was awarded best children’s books in the Children’s forum in Riyadh, 2011, also translated into English and Turkish. It was shortlisted for best book in translation for Marsh Awards 2013. Also, Turn Off The Lights was awarded best children’s book at the Publisher’s Association in Sharjah in 2016. Her illustrations of Father’s Date Palm Trees was shortlisted for best picture book at the Zayed Book Award in 2020. Her recent picture book Grandma Moudy Fashionista is also translated into Italian. Maitha wrote children’s TV shows like Iftah Ya Simsim, Sesame Street and Hamdoon, an Emirati cartoon show. 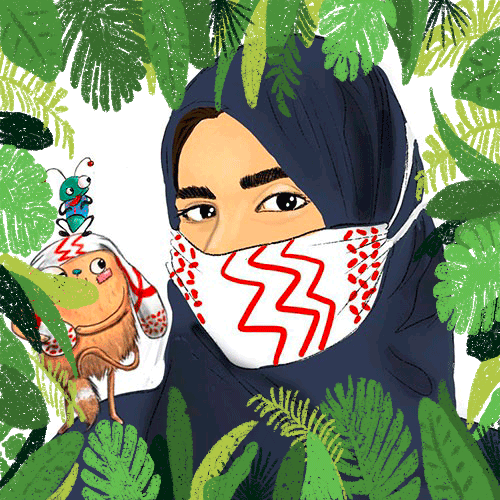 Noura is an environmentalist by education and a mother of four children. She couples writing for children with volunteer community work in the field of lactation (motherhood and early childhood) with La Leache League International.

Noura is passionate about incorporating aspects of the natural environment and the local culture into her writings. She holds school readings and workshops, as well as book fair activities extensively throughout the UAE. 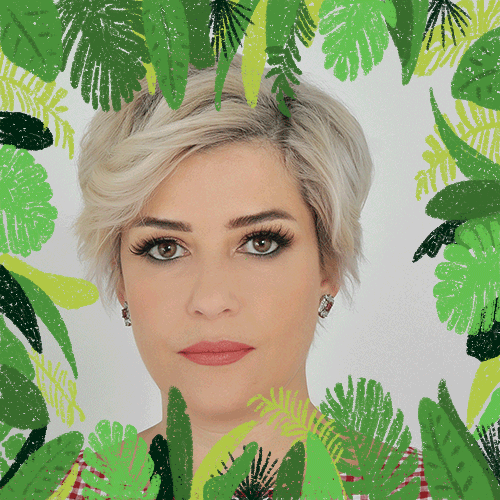 Simar Halwany is a Lebanese visual artist specialised in painting with oil, acrylic, pastel and watercolours, holding a Master’s degree in Illustration from Italy.

She wrote and illustrated the silent book The Story of a Thread in 2019 in addition to her book BOO, which was published in 2017.

Her illustrated book The Elephant that Paints won the best book award Al Fikr Al Arabi 21 in 2017, and The Olive Tree was shortlisted in the Best Illustrator Category at the Etisalat Award for Arabic Children’s Literature in 2017. 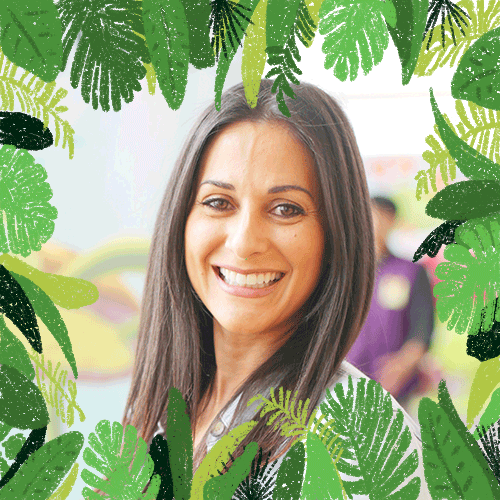 Stephanie Robert has a degree in psychology from the University of Ottawa, Canada. She has a passion for learning about and understanding the effect of positive psychology on the child’s mind.

She has always had an interest in using her knowledge of the subject in order to help children grow to their fullest potential. Having experienced specific challenges as a mother herself, she has invested time and energy into researching different alternative methods to dealing with them. As a result, she has built a unique understanding into a child’s heart and mind connection.

Stephanie has published two popular children’s books, Thiago’s Shell and Stella’s Song. She lives in Dubai with her husband, two sons, and her extended family. 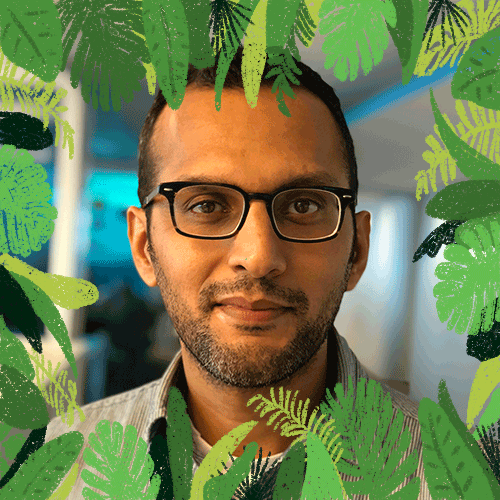 Youshey Zakiuddin is passionate about protecting the environment and loves to talk to children about why it’s important to live a sustainable lifestyle. Youshey studied about the environment at the Oxford University’s Centre for the Environment and is currently part of the sustainability team at du.

In his spare time, Youshey loves reading books, watching science- and nature-based documentaries, and writing children’s stories. His first book The Strange Island aims to teach children about the impact of waste on our oceans.

If you have any questions regarding this event, please reach out to us at greenplanet@elfdubai.org.