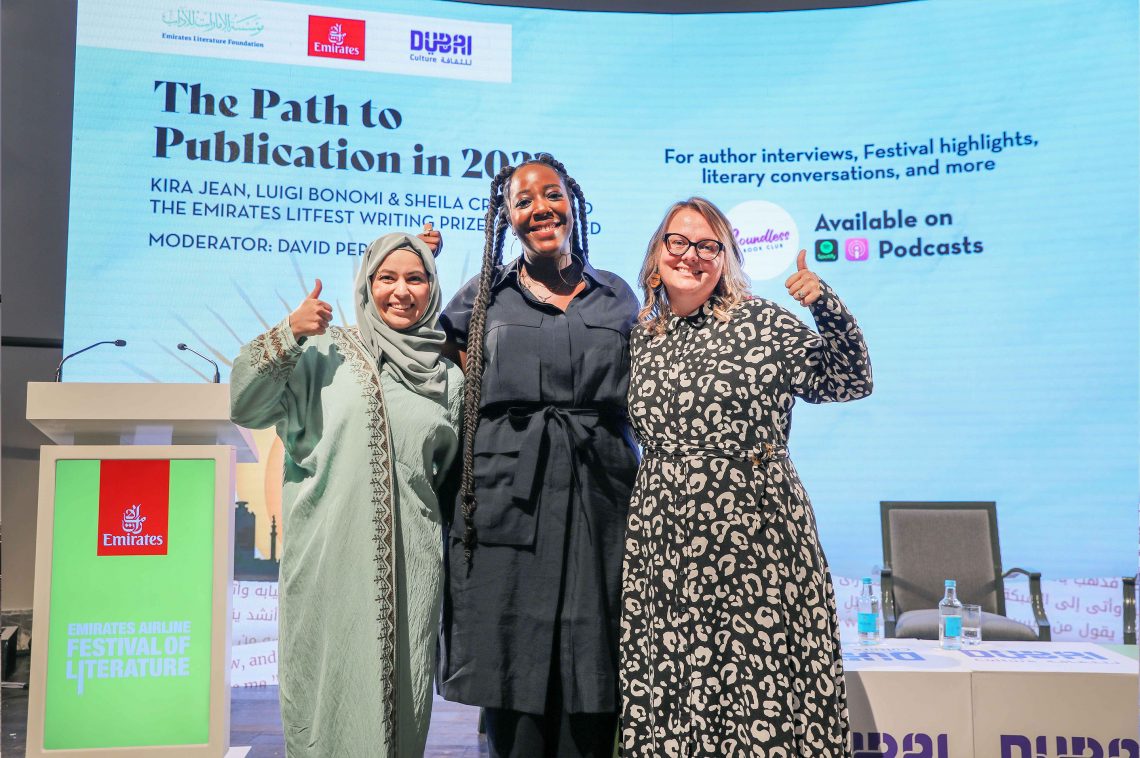 Dubai, 5 February 2022: The winners of the Emirates LitFest Writing Prize have been announced today, the Emirates Airline Festival of Literature’s prestigious competition to discover unpublished novelists.

Recognised as one of the most successful writing competitions in the region, the competition has a proven track record in finding new writing talent, producing nine published authors in the last nine years.

This year the process was revamped to include three judges, UK literary agents Luigi Bonomi and Sheila Crowley and UAE based publisher Kira Jean, each choosing their favourite from the entries.
The winners are:

Angela Hundal, Honey Tiger chosen by Kira Jean. Originally from South Africa, journalist and editor Angela Hundal has lived in the UAE for 13 years. Honey Tiger is set in Sri Lanka in 2004 and told through the eyes of the protagonist, 11-year-old Mala, but written when grown-up, looking back on a devastating life-changing event.

Zahra Alabandi, Chasing Grasshoppers chosen by Sheila Crowley. A Saudi/American national, who has also lived in the Emirates, Zahra is a health care professional (dentistry), and also an avid reader and writer. Chasing Grasshoppers is the story of a Saudi-born, American raised young woman who is gathering her courage to battle society’s norms and the burden of carrying the family’s honour.

“The LitFest Writing Prize has attracted huge interest from aspiring writers in the UAE, so this year we wanted to open it up to give more entries the opportunity to be recognised,” said Ahlam Bolooki, festival director of the Emirates Airline Festival of Literature. “The fact that so many finalists have won publishing deals in the past shows how high the standard of writing in the region is. I hope that this year’s crop of talent will go on to find that they are the ones who will join our list of published authors.”

Novelists that have never been published are eligible to enter, providing that they are 21 years or older and resident in the UAE, Bahrain, Kuwait, Oman or Saudi Arabia. Entrants had to submit a 400-word synopsis of the book in English and the first 2,000 words of their almost completed manuscript.

Although a publishing deal is not guaranteed, the winners of the Prize wins the chance to discuss their manuscript with each of the three judges.

The Emirates Airline Festival of Literature Festival is held with Founding Partners Emirates Airline and the Dubai Culture & Arts Authority (Dubai Culture), the Emirate’s dedicated authority for heritage, arts, and culture. It is held under the patronage of His Highness Sheikh Mohammed Bin Rashid Al Maktoum, Vice-President and Prime Minister of the United Arab Emirates and Ruler of Dubai.