Winners of Second School Librarian of the Year Award

Dubai, 5 March, 2018: The winners of the Second annual School Librarian of the Year Award were announced by The General Secretariat of The Executive Council of Dubai and The Emirates Literature Foundation. The Award recognises the creative and innovative efforts by librarians working in Public and Private schools in the UAE to promote reading among students. 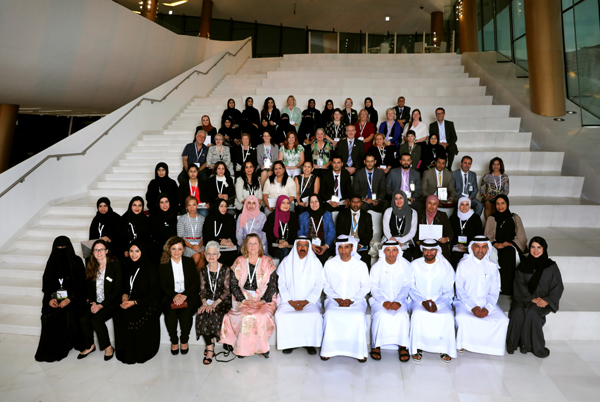 His Excellency Abdulla Mohammed Al Basti, Secretary General of The Executive Council of Dubai, emphasized the objective of the award, which is in line with the Dubai government’s efforts in developing a comprehensive strategic framework to build an intellectual generation. The award objective aligns with the vision of His Highness Sheikh Mohammed bin Rashid Al Maktoum, Vice President and Prime Minister of the United Arab Emirates, and ruler of the Emirate of Dubai, that aims to encourage the value of knowledge and culture amongst future generations as well as the foresight to create new programmes and activities that inspire reading – all in alignment with the objectives of Dubai Plan 2021 to build a city of happy, creative, and empowered individuals. His Excellency also confirmed that the award’s goals also align with the UAE’s ‘Month of Reading’ message to make reading a lasting social habit and to encourage future generations’ responsiveness to similar government initiatives.

His Excellency Abdulla Mohammed Al Basti, Secretary General of The Executive Council of Dubai, said: ‘Stemming from the directives of His Highness Sheikh Hamdan bin Mohammed bin Rashid Al Maktoum, Crown Prince of Dubai and Chairman of The Executive Council, to reaffirm Dubai’s position as a distinguished cultural hub, we are committed to focus on establishing the foundations of knowledge, and on empowering the youth. There is a strong association between reading and the government’s goals, further emphasizing the importance of this award which sheds light on the crucial role of librarians in reinforcing the love of reading in children and providing support and encouragement to keep them learning and seeking knowledge.’

After an initial vetting process of all the nominees, librarians from 15 schools were shortlisted from the public and private school categories. A panel of judges then visited the libraries of the finalists before making a decision. The winners were selected for their promotion of reading for pleasure using available resources among the student community and raising academic and literacy standards in the school.

‘We have enjoyed an overwhelming response to this competition,’ said Isobel Abulhoul, OBE, CEO and Trustee of the Emirates Literature Foundation and Director of the Emirates Airline Festival of Literature. ‘It is so encouraging to see the community come together to support school librarians, whose work is often hidden in the background of so many success stories. They work tirelessly throughout the year to create a curriculum of activities that is enjoyable and inventive, while also being educational. We look forward to the Award generating a competitive spirit among librarians and improving the facilities and resources available to these unsung heroes. A hearty congratulations to the winners and to those who participated; it is time for you to enjoy the limelight.’